Environmental conservation has a long history in Myanmar, from religious practices that ban hunting and fishing in sacred areas to traditional cultivation systems that protect riparian and watershed forests. In the 1800s, multiple Kings issued royal decrees protecting animal life. Starting in 1918, hunting was banned in some areas out of concern about declining wildlife populations. Modern conservation efforts are rooted in the early 1980s. Between 1981 and 1984, the Nature Conservation National Park Project (NCNPP) was launched and jointly implemented by the UN Development Programme (UNDP) and the government. During the NCNPP, the Ministry of Environmental Conservation and Forestry (MOECAF) established the Nature and Wildlife Conservation Division (NWCD), which is responsible for nature conservation and protected areas (PAs). Since then, several additional PAs have been established and expanded. Until 1996 PAs covered less than 1% of total land, ranging in size from 0.47 km2 to 2,150 km2. Starting in the mid-1990s, establishment of PAs shifted from a focus on protection of selected species and habitats to protection of entire landscapes and ecosystems. Fifteen new PAs were added between 1996 and 2014, bringing the total area of Myanmar's PAs to more than 38,000 km2. 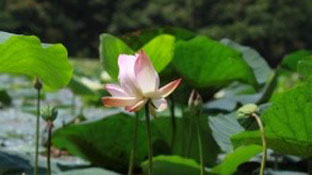